Appendix is a small pouch that hangs from the large intestine at the junction of small and large intestine. An infection of appendix is termed as appendicitis. It is an emergency condition as the infected appendix can burst and release stool and bacteria into the abdomen leading to death of the patient. 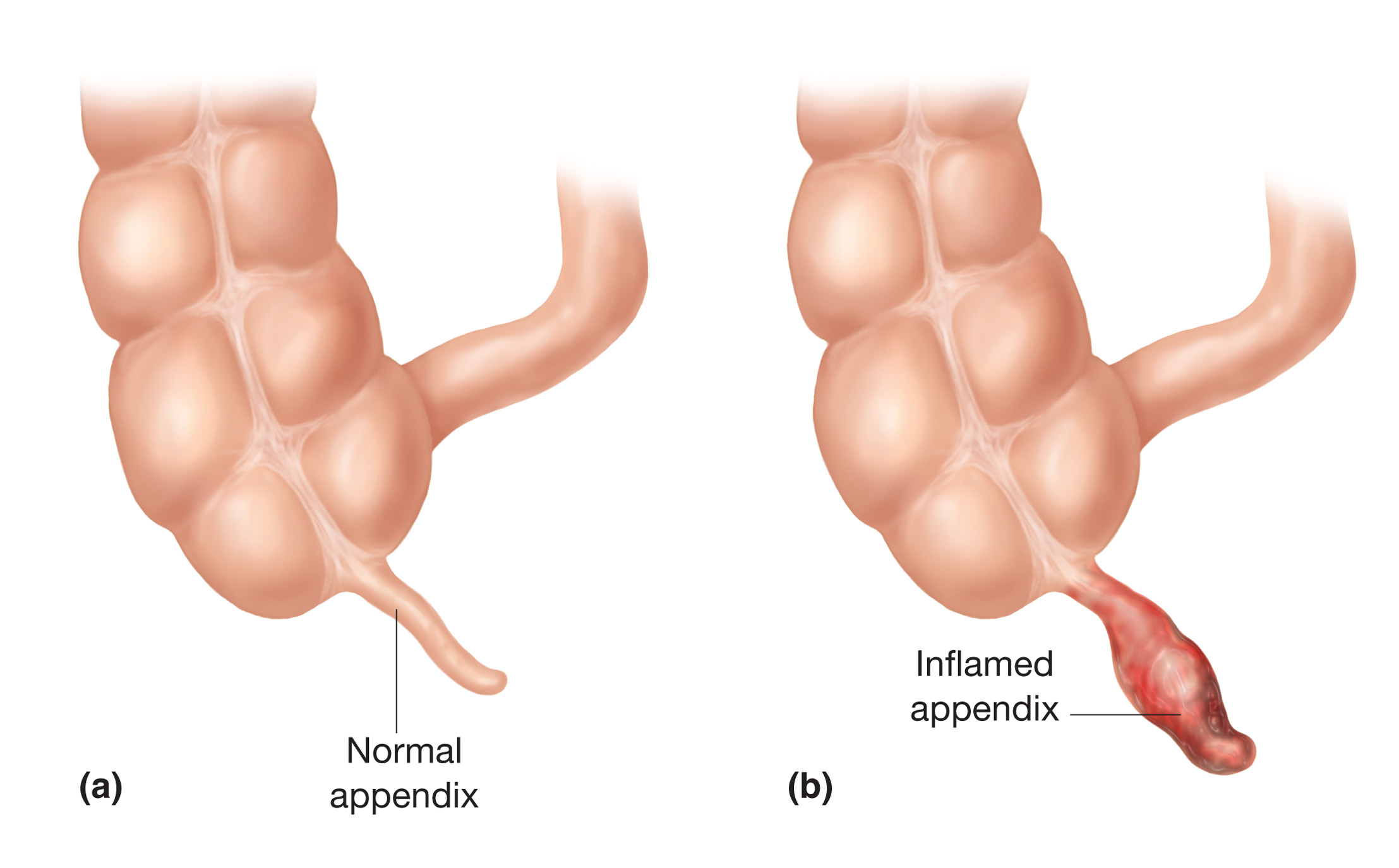 It is an emergency condition and patient complains of the following problems:

Most of the times symptoms and area of pain help the doctor in making a provisional diagnosis of appendicitis. Other than this following diagnostic tests help in confirming the diagnosis:

Appendectomy is the surgical removal of the appendix. The operation is done to remove an infected appendix.

Laparoscopic appendectomy is performed under general anaesthesia. The surgeon makes about 3 small incisions in the abdomen. One of the incisions is used to insert a port (nozzle) that fills the carbon dioxide gas into the abdomen to inflate it. Now laparoscope is inserted through another incision. A laparoscope is a telescope lookalike with a light and camera on the end. It allows the surgeon to clearly view the inside organs on the monitor outside. After careful evaluation, surgeon inserts other surgical instruments through rest of the incisions to remove the appendix. Appendix is separated and removed using a surgical stapler. It is placed into a plastic bag, and removed from the abdomen through one of the small incisions. After the appendix has been removed, the carbon dioxide gas is released out, and incisions are closed with sutures or staples, or covered with glue-like bandage.