Endometriosis is a disorder in which endometrium (tissue lining the inside of uterus) grows outside the uterus and involves ovaries, fallopian tubes and pelvic tissue. 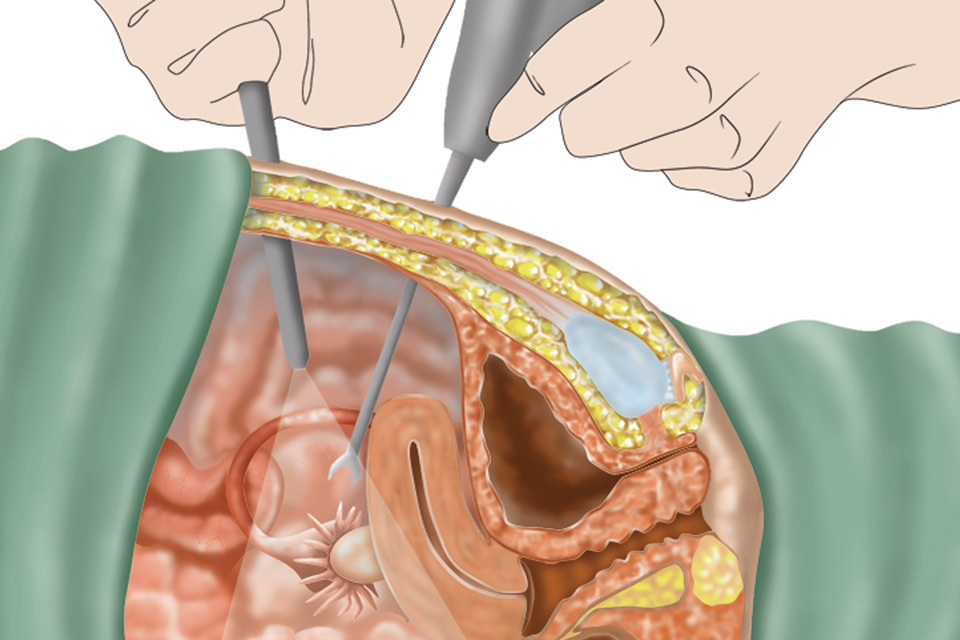 Pelvic examination along with ultrasound usually confirms the diagnosis.

Laparoscopy can be performed to confirm the diagnosis and extent of endometriosis. Once confirmed, it can also be removed by laparoscopy.

The procedure is performed under general anaesthesia through small incisions in the abdomen. One of the incisions is used to insert a port (nozzle) that fills the carbon dioxide gas into the abdomen to inflate it. Now laparoscope is inserted through another incision. A laparoscope is a telescope lookalike with a light and camera on the end. It allows the surgeon to clearly view inside of the abdomen on the monitor outside. After thorough evaluation, endometrial tissue is removed as much as possible. On completion of the procedure, carbon dioxide is released and incisions are closed with sutures or staples, or covered with glue-like bandage.

Advantages of Laparoscopic Surgery for Endometriosis