Pneumothorax is a collapsed lung condition that occurs when air escapes from the lung and fills into the space between the lung and chest wall. This air build-up puts pressure on the lung reducing its ability to expand while breathing. 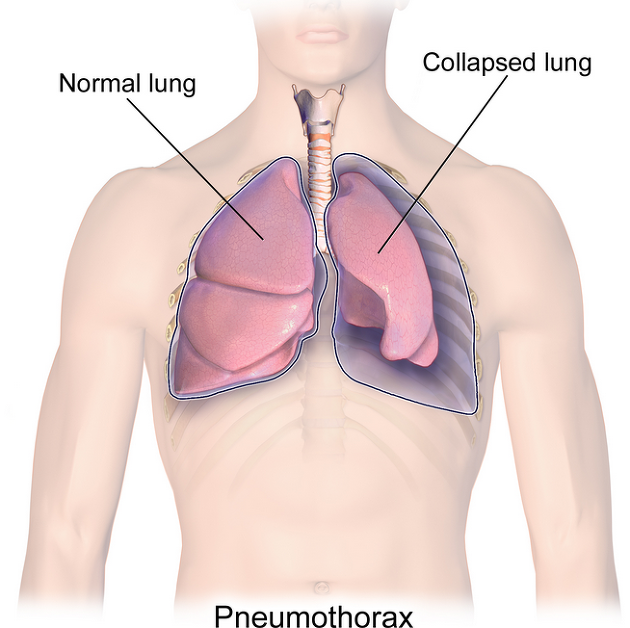 It is the second most commonly occurring cancer in the world.

Initially kidney failure may cause no symptoms but later it may cause following symptoms:

The diagnosis starts with physical examination and listening to patient’s breathing with a stethoscope that may show decreased breath sounds or no breath sounds on the affected side. In addition to this, following tests are performed to confirm the diagnosis:

Video-assisted thoracoscopic surgery (VATS) with pleurodesis and/or closure of leaks and bullectomy is performed for pneumothorax. The procedure is performed under general anaesthesia through small incisions, using laparoscope and other long-handled surgical tools. The surgeon looks for the leaking bleb and closes it off. In some cases, a substance may be used to irritate the tissues around the lung so that they'll stick together and seal any leaks.

Advantages of Laparoscopic surgery for Pneumothorax