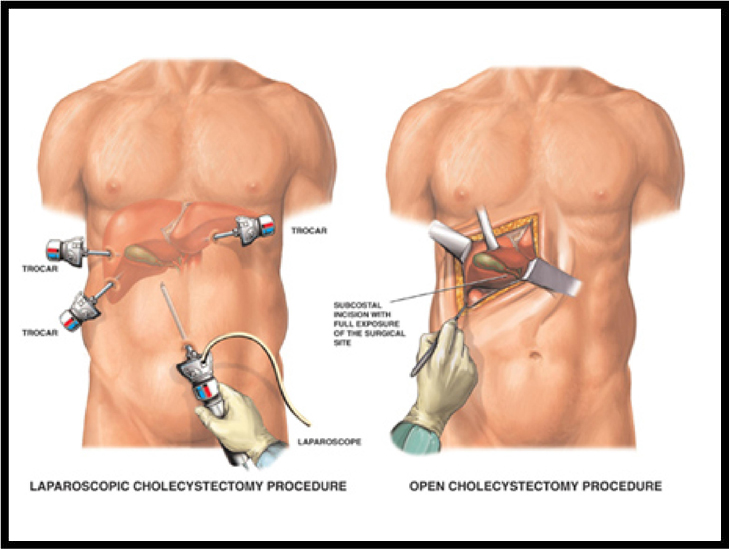 A less invasive type to remove gallbladder is known as laparoscopic cholecystectomy. Laparoscope (an instrument which was used to view inside of the body) is used in this surgery to remove gallbladder. It was done through many small incisions rather than one large incision, generally 4 incisions, each one inch or less in the length.

With laparoscopic cholecystectomy, you can return to the work sooner, have lesspain after the surgery was done, and have shorter hospital stay & very shorter recovery time. Surgery to remove gallbladder with a laparoscope wont require the muscles of your abdomen be cut, as they were in open surgery. The incision was much smaller, which makes recovery go very fast. With laparoscopic cholecystectomy, probably you will only have to stay in the hospital for few hours or overnight.